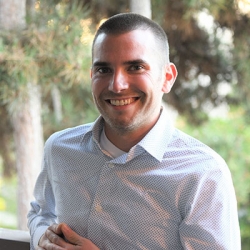 I am a scholar of the Atlantic World with an emphasis on West Africa, the West Indies, and the British Isles in the eighteenth century. I am particularly interested in such topics as slavery and abolition, colonization, print culture, biography, and the production of history and ethnography. In addition to researching, I teach History part-time at a number of universities in the Bay Area.

"The Jamaican Airs: An Introduction to Unpublished Pieces of Musical Notation from Enslaved People in the Eighteenth-Century Caribbean,” Atlantic Studies: Global Currents Vol. 17, No. 4 (2020): 462-484.

Fellow with the Omohundro Institute of Early American History & Culture (2021)

Monday through Thursday 9 am to 1pm, Friday Remote