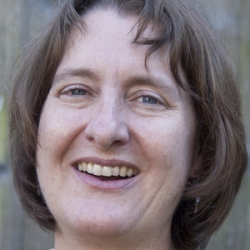 Wed: by Appointment in person or on Zoom

I am a historian of nineteenth-century France, especially interested in social, cultural, religious, and gender history in both metropolitan France and the wider French empire. My first book, Educating the Faithful, on Catholic primary education in nineteenth-century France argued that religious teaching orders pioneered a system of schools that predated the one created by the French state. The research for that book made me aware of the resources available in the archives of religious orders as well as the role of women religious (aka nuns) in education, charity and mission work, leading to a second book, Civilizing Habits, on three women missionaries who travelled to destinations as diverse as the American frontier, the Mediterranean basin, and the French African and Caribbean slave colonies in the first half of the nineteenth century. In both books, I investigated the ways in which religious orders allowed women more freedom and agency than most laywomen experienced in the nineteenth century. I am now working on a book-length project on the “culture of childhood” during the second half of the nineteenth century. I teach courses on European social, cultural, and intellectual history, including gender, religion and empire, from the French Revolution to the First World War.