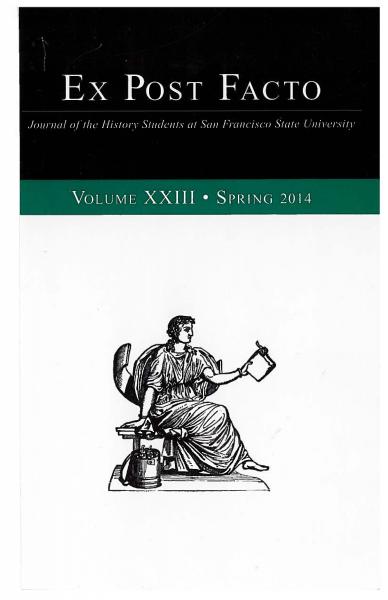 What is to be done… and who is going to do it? Historical Interpretations of the Relevance of Marxism
Gregory Sherman

Shifting Dynamite: An Anarchisroriography from Haymarket to Sacco and Vanzetti
Max Speare

“We Are Not Merely Soldiers—We Are Citizens”: Baltimore’s Volunteer Militias and the Contested Republicanism of the 1790s
Sean Gallagher

Doubling Down on a Bottle of Gin: An Analysis of the Trial of Harry Brolaski as a Representation of the Growth of Crime and Corruption in San Francisco during the Prohibition Era
Russell Weber