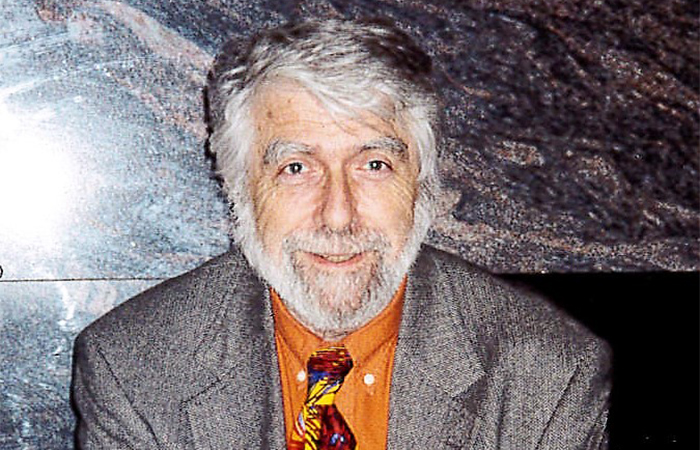 Leonard Ludovic Wolf was born to Joseph and Rose Wolf in Vulcan, Rumania. His father emigrated to America when Leonard was six months old. Leonard, his mother, and a brother then joined Joseph in the U.S. in 1930. His sister Shirly was born in this country.

Leonard attended public schools in Cleveland, Ohio and learned English quickly, already writing poetry in his teens. He was enrolled at Ohio University when World War II began but left to join in the US Army. After serving with the field artillery and working in the medical corps, he was honorably discharged in 1944.

He then married Patricia Evans, moved to Carmel, California, and became part of the ‘Berkeley Renaissance’ during the late 40s and 50s along with Lawrence Ferlinghetti and Allen Ginsburg. He earned his PhD in English and Creative Writing from the University of Iowa.

After his divorce, Leonard married Deborah Goleman, who remained his bride for 58 years. They traveled extensively, taking up residence in San Francisco, Iran, southern France and New York City, and finally Corvallis, Oregon.

Leonard taught English literature at a number of colleges, including St. Mary’s College of California and San Francisco State University. He was awarded the James Phelan Poetry Prize, and an O. Henry fiction award, and twice received the Anne Radcliﬀe Award for Literature. He wrote 27 books in his lifetime, including The Annotated Dracula, The False Messiah, The Passion of Israel, and two books of his own poetry. He was regarded as one of the finest English translators of Yiddish literature. He was particularly proud of his translation of “Winnie the Pooh” from English to Yiddish.

In 1967, while teaching at SF State, Leonard founded Happening House, a free university in the Haight-Ashbury District that encouraged student drop-outs to complete college.

Leonard’s career took him all over the world. He lived and worked in Iran, Jerusalem, NYC, and San Francisco. He was an avid photographer, traveler, and equestrian and was an extensive collector of antique artifacts.

Leonard is survived by his wife Deborah, children Sarah, Julius, Aaron, and Naomi, and grandchildren Yardena and Eitan Wolf and Rosa and Joseph Shipley.

The family expresses deep gratitude to Amy Zhang and Lumina Hospice for caring for Leonard during his last years.