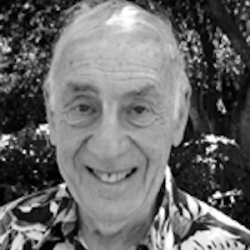 It is with deep sadness we share that Professor Rischin has passed away.

H-Judaic is deeply saddened to learn of the passing of Professor Moses Rischin (1925-2020), emeritus professor at San Francisco State University, and a pioneering and senior scholar in the field of American Jewish history.

Born in Brooklyn, the son of two Russian-immigrant parents who loved Hebrew (his father was a friend of the famed Israeli historian BenZion Dinur), young Moses was sent to study in the then recently-opened Yeshiva of Flatbush, providing him with a foundation in Hebrew and Judaica that later served him well.  He attended Erasmus Hall High School in Brooklyn and Brooklyn College, where his interest in history was sparked by historian Solomon F. Bloom.  In 1947, he entered the graduate program at Harvard, where he fell under the spell of its pioneering historian of immigration, Oscar Handlin.  Rischin was one of Handlin’s most influential disciples.  He not only followed him into American history and the history of immigration but also into American Jewish history – then a new field, scarcely recognized in the academy, that Handlin, Salo Baron and Jacob Rader Marcus were simultaneously nurturing.

Rischin received his doctorate from Harvard in 1957 under Handlin’s tutelage; it was the most important Harvard doctorate in American Jewish history to that time. From its publication by Harvard University Press under the title THE PROMISED CITY:  NEW YORK’S JEWS 1870-1914 (1962), it defined the highest standards of scholarship in the field.  It remained in print for decades and influenced all subsequent scholarship on East European Jews in America and on the Jews of New York.

Rischin taught for two years at UCLA after his book appeared and then found a permanent academic home in 1964 at San Francisco State University, where he taught for decades until he retired.  He brought to San Francisco the new study of immigration and ethnicity, which Handlin had done so much to pioneer, and he also advanced new fields like the study of the American West (and of its Jews).  He is also credited with helping to define the “New Mormon History,” which he followed and reviewed.

Rischin wrote, edited or co-edited numerous books including Our Own Kind: Voting by Race, Creed, or National Origin (1960);  The American Gospel of Success (1965); Immigration and the American Tradition (1976); and Jewish Legacy and the German Conscience (with R. Asher, 1991). He also edited Hutchins Hapgood's Spirit of the Ghetto (1967); Abraham Cahan's Grandma Never Lived in America (1985); The Jews of North America (1987); and Jews of the American West (with J. Livingston, 1991). He was deeply generous in his support of students and younger scholars.  Of special importance was his deep involvement in the scholarly work of the Judah L. Magnes Museum (he directed its Western Jewish History Center) now part of the University of California at Berkeley..

For decades, Rischin  set as his scholarly goal to produce a full-scale biography of Abraham Cahan (1860-1951), novelist, editor of the Forward, and leader of the East European Jewish community in New York.  Nobody knew more about Cahan than Rischin did, and he felt that through Cahan he could write and interpret the history of East European Jews in America – a history that Cahan’s long life embraced, and that Rischin himself knew at first hand.  Sadly, that book remained unfinished when Rischin’s health declined.. In 1995, Jeffrey S. Gurock and Marc Lee Raphael edited an important festschrift in Rischin’s honor entitled:  AN INVENTORY OF PROMISES: ESSAYS ON AMERICAN JEWISH HISTORY IN HONOR OF MOSES RISCHIN.  It includes additional material by the editors on Rischin’s distinguished scholarly career.

Both Professor Rischin and his wife Ruth battled the coronavirus this summer, and both seemed to recover.  They celebrated 61 years of marriage together.  The following night (August 17th), Professor Rischin passed away peacefully in his sleep.