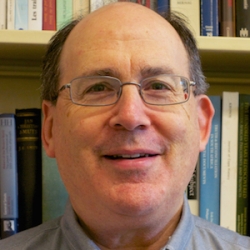 I have recently returned to the academy after a career in law and management in the areas of telecommunications and internet services. While my focus is modern European history, I believe that European ideas, institutions and practices must be considered in a global context. My interests focus on legal and political activities and ideas as expressed in the system of states and empires and their shared culture. This encompasses such issues and topics as international law, sovereignty, revolution and how states and their economies/societies interact. My 2015 Dissertation "Between Law and Diplomacy: International Dispute Resolution in the Long 19th Century" addresses the development and implications of public international arbitration as a tool of the states' system from the end of the 18th century to World War I. More recently, I have been working on the use of pre-printed, fill in the blank treaties by the British during the "Scramble for Africa" in the late 19th century. ALong with Professor Getz, I co-lead the "History of the 21st Century" project to re-conceive introductory college history courses.