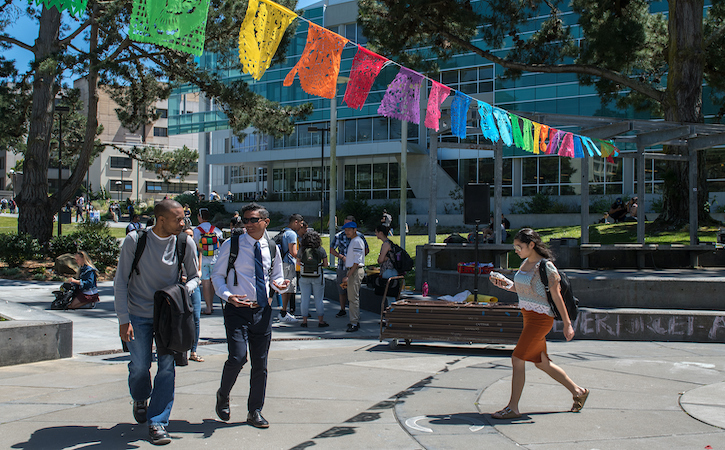 Come over to HUM 203 between classes to relax, study, and connect with other students in the department! HUM 203 is open Mondays - Thursdays, 9 - 2.

The department has need of qualified graduate students as assistants for lower-division survey classes. Their major duty is to grade exams or papers, with the total time of 35 hours per course per semester. If you are interested, stop by the Department of History office and ask for an application. If you have further questions, contact Professor Sarah Crabtree at slc123@sfsu.edu.

The department also provides the Herodotus Fund for Graduate Travel in History to assist graduate students to travel both domestically and internationally for presenting papers and doing research. Students who have had papers accepted at peer-reviewed conferences should contact the department chair about these funds.

The Tutoring and Academic Support Center (TASC) is open in-person and on-line to support you in all of your work!

TASC is an especially good resource for students in HIST 300 GWAR. We have a TASC tutor embedded in GWAR sections, so you have already met a tutor in your class! These tutors know what's going on in your class, so they are ready to help you when you meet them in the tutoring center. Tutors can help you at any stage of the process. They can help you formulate a thesis, outline your ideas, workshop a draft, and get your paper ready for handing in. Go to the TASC website to make an appointment with your tutor at any point during the semester - they are there to help you!

Honor Society for Students in History

Founded in 1921, Phi Alpha Theta has, as its primary purpose, the encouragement and recognition of excellence in the study of history. Membership in Phi Alpha Theta should be listed among other university honors when applying to graduate or professional schools or when applying for employment in any history-related field. The national organization publishes The Historian, a quarterly journal that presents articles from all fields within the discipline of history. Student members, both graduate and undergraduate, are eligible to participate in annual prize paper awards.

The Kappa Phi chapter was founded at what was then San Francisco State College in 1965. Kappa Phi chapter members take part in the activities of the History Student Association on campus, and participate in the northern California regional meeting of Phi Alpha Theta held each spring on the campus of one of the northern California chapters. At this meeting, students present their research and prizes are awarded for the outstanding papers.

To qualify for membership, undergraduate students must meet three conditions: 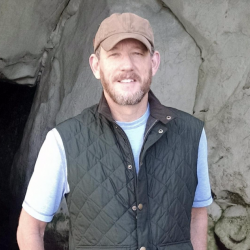 I am a public historian whose work has focused upon institutional history research, writing and interpretation. I hold a Master of Arts in American History from San Francisco State University, graduating with honors in 2000. In coming to SF State, my plan was to implement a career transition from a background in Army intelligence and national security affairs. The diversity of SF State was embracing and I dove headlong into researching the role of California women in the Progressive-era effort to save redwoods. Professors Barbara Loomis and Bob Cherny, plus a useful internship with the Save the Redwoods League, helped guide my thesis toward a winning entry in the 1999 SF State Student Essay Competition, which gave me confidence that I was on to something.

Later, I published several articles derived from my completed thesis, including a chapter in California Women and Politics: From the Gold Rush to the Great Depression (UNP, 2011), a compendium of works written by SF State graduates originally under Bob’s direction. Finally, my thesis helped me secure an appointment as a National Park Service research historian. I eventually authored, co-authored, or edited six books published by that agency on topics ranging from the history of federal archeology to the creation of Cape Hatteras National Seashore.

Since 2007, I’ve served as the Deputy Command Historian for the Defense Language Institute at the historic Presidio of Monterey. As an Army historian, my duties have included writing about DLI and the Army on the Central Coast, helping to manage an archive, representing the Army to the public, and interpreting historic sites and monuments. The last duty is probably what I am best known for and which I myself enjoy the most doing, which is sharing history with others at the place where its tangible remains are most evident. Of course, it doesn’t hurt to have the Monterey Bay as backdrop!

Aside from my thesis, what I gained most from my time at SF State was the knowledge that determination and a good game plan can overcome most obstacles. As he was for many, the late Professor Paul Longmore was a touchstone. Paul had to overcome major challenges posed by severe birth defects just to get to his class every day. When I couldn’t get through the department’s dreaded theory course on my first go-around, I took some inspiration from Paul, regrouped, and pared the course with a lighter load later in my studies. I made it through fine on the second try. The point, of course, is that you don’t have to win every battle, focus on what’s important — it’s the campaign that matters. You’d have thought it was the Army that taught me this, but it was History.